For more than 60 years, Ohio had a handful of scholastic press associations, each one originating at a university and each one offering conferences, contests and workshops. But that model wasn’t going to be as useful as it might be to help advisers and their students as they focus on today’s media. 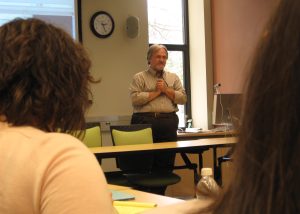 With a new set of bylaws by fall 2006 and a membership map that divides the state into five regions, the committee called for proposals and named Kent State its headquarters for the state and Region 1. Since then, a few sites have changed but as of Spring 2018, they are Bowling Green State University for Region 4; and Otterbein University for Region 5 and sites pending for Regions 2 and 3. Each region will have a fall/winter conference, and everyone will be invited to be part of a state contest and convention each spring.

What’s coming up for OSMA?

Register for State Convention by March 15, 2023